Dear Friend and colleges of service.

This is a short note to share with you the advances we have had in the relief program that we started with your donation in the slums of Shalom and Los Pines, with 60 and 70 families respectively.

We installed 12 water deposits so the families can have potable water since 3 weeks ago. We are finishing to instal zinc metal sheets for the roof of 27 families that had only a plastic material as roofs. We also covered holes on the walls with thick plastic sheets.

The 27 families are the more needed ones, some of these are single mothers and the poorest among the poor.

We also have included 9 children to our kindergarteen in Casita Amarilla. We also confirmed that other preeschool children were attended in the other kindergarten in the area.

This week we will evaluate and plan how we can evacuate the sand that is the rich owner ot the lot accumulated on the property before was invaded so they we can work on some kind of latrines or drainage. 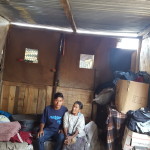 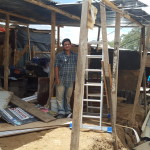 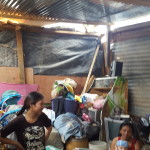 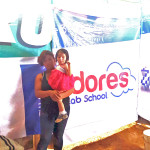 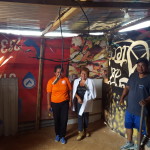 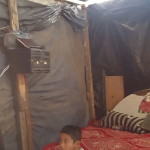 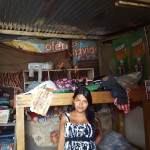 We send you the pictures of families were the roof was finidhed and some of families installing the roof that you have donated.

Hope you enjoy this good news and thank your for your trust.

It is with sorrow that we have to comunicate you the death of Francisco Abraam Gallego Brito. He was 15 years old and studing in the Instituto Sanchez in the second year of Basico (8th. grade) looking to have a better future. I am enclousing a picture of him.

Francisco is the oldest son of a mayan family that migrated from Nebaj looking for a better future in Guatemala City. Francisco’s mother and father also work in the dump as reciclers but as they have a formal permition of the municipality to work in the dump, they work in a higher part of the dump.

Francisco was working in the lower part of the dump as he was a minor. On April 28 when at 12.30 pm the floor colapsed by liquification, killing more that 100 people on this lower part of the dump were informal and minor work withour permision of the municipality. But also a garbage truck and a tractor of the municipality fell int he area of the accident killing all it ocupants as the machinery sunk in the liquified garbage.

Francisco was a humble and very well behaved `young pearson. He reperesents the hard working poor of Guatemala that works very hard to survive and have a better future.

You were part of his life, of his hope and of his strugle cut shor by structure of injuctice and margination of the indigenour people of Guatemala.

God bless Francisco in heaven, Franscisco’s familiy and you,